We afford new and established indigenous-hispanic writers in the U.S. a venue where they may publish their writings for and about our community which will deepen America’s understanding of the excellence and importance of our literary contributions to the Nation. As an independent, privately run publishing enterprise, we seek to ensure that indigenous-hispanic literature is fully recognized as an integral part of American literature.

*The term, “indigenous-hispanic” distinguishes the several ethnicities which make up a nationality which dates back to the early 1500s, what others have labeled “Hispanic” or “Latino,” terms which seek to confuse our true historical and cultural origins, undermine our ability to preserve and evolve our mestizo identity and attack the centuries-long union between hispanic and native peoples. Thus, indigenous-hispanic encompasses Americans of Mexican, Puerto Rican, Cuban, Central and South American origins. 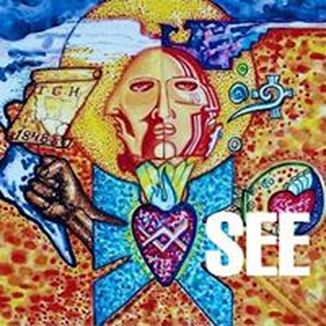 ​
​Rosa Martha Villarreal, recently retired as an Adjunct Professor at Cosumnes River College in Sacramento, California, is author of several novels including Doctor Magdalena, The Stillness of Love and Exile, and Chronicles of Air and Dreams. She writes a periodic column, Tertulian’s Corner, for Somos en escrito.

Roberto Haro, an administrative executive for major universities in the U.S. and a longtime activist in education and social concerns affecting Latinidad, is an essayist and author of several novels dealing with war dramas, crime mysteries, historical fiction and romance.

Lucha Corpi, an internationally recognized poet, novelist and children’s book writer, is the author of the Gloria Damasco Mystery series, which includes Eulogy for a Brown Angel(1992), Cactus Blood (1995), and Death at Solstice (2009). Her first poetry collection,Palabras de mediodía/Noon Words, was reissued by Arte Público Press in 2001. The recipient of numerous awards and citations, she taught in the Oakland Public Schools Neighborhood Centers Program for more than 30 years.

Raina León is an associate professor of education at Saint Mary’s College in Moraga, California, the author of three collections of poetry, and a founding editor of and online quarterly, “The Acentos Review.”

Álvaro Ramirez, a Michoacán native of Purépecha ancestry, has a doctorate in Spanish Golden Age and 20th Century Latin American Literature from the University of Southern California. As a member since 1993 of the Department of Modern Languages at Saint Mary’s College of California, he has taught these areas as well as Mexican and Latino Cultural Studies. He recently published in Spanish a collection of his trans-border short stories.

Maceo Montoya, an Assistant Professor of Chicana/o Studies at the University of California, Davis, teaches courses in Chicano Literature and the Chicana/o Mural Workshop. Also an accomplished artist , he is the director of Taller Arte del Nuevo Amanecer (TANA), a community-based art center in Woodland, California, and the author of several acclaimed works of fiction.

Maria Nieto is a professor in the Department of Biological Sciences at California State University, East Bay where she has been involved in underrepresented minority recruitment, teaching, and research for more than 30 years. She excels beyond the field of science as an award-winning novelist of crime fiction.

Cecile Pineda, born in New York City’s Harlem became active in theater San Francisco from 1969 to 1981, producing and directing her own experimental theater company. She turned to fiction and her many books are widely acclaimed as have her other works. A peace activist from early life, she has focussed more recently on issues affecting the sustainability of the planet.

Armando Arias is a professor and founding faculty member in the division of Social and Behavioral Sciences and Global Studies at CSU Monterey Bay. A social psychologist by trade, he is the senior project manager for the Street Smart Think TankTM, which designs initiatives that reflect on key insights and new ideas for communities, and a founding Board member of the InterAmerican College. He writes a regular column for Somos en escrito titled,Chicano Confidential.

David Vela, born and raised in Las Vegas, Nevada, now resides in Northern California where he writes poetry, short stories, book reviews and interpretive essays of literary criticism. David has taught in Paris where he researched and lectured on the Modern Intellectual and did research at the Institut du Monde Arabe. He taught for 22 years in the English Department at Diablo Valley College. His two manuscripts, Irish Literary Influence on Jorge Luis Borges, and al-Andalus: What we inherit from Muslim and Jewish Spain in Jorge Luis Borges’ and Carlos Fuentes’ writing merge his interest in Latin America, Spain and Ireland.
UA-229539246-1