SOMOS EN ESCRITO
Sonny Boy Arias was born in a crossfire hurricane that hits Baja California Norte once every thousand years. His DNA has been traced to the center of Chicano Park in Barrio Logan where as a five year-old child he hung out with his grandfather behind Amador’s Market listening to him read John Steinbeck’s La Perla in French, thing is, he didn’t speak French, he just loved the language. Interesting to note is that Sonny Boy, too, tells stories in the same manner.

He further developed the art and science of storytelling from his mother, Dolores, a master storyteller in her own right and known San Diego Chicana activist. Sonny Boy has children and many grandchildren; the boys are all named “Joaquin,” a symbolic tactic he learned while serving as an instructor alongside Rodolfo “Corky” Gonzales at the Escuela Tlatelolco in Denver during the height of the Chicano Movement.

Sonny Boy met and sat with César Chavez on numerous occasions spanning several decades. He found César to be spell-binding and charismatic with a warm heart, heavenly spirit, and open-minded with an intellectual curiosity. He often shared his stories with César and found him an empathic listener. As a result of their conversations, a sparkling interchange of ideas always ensued, often leaving both of them suspended, existentially caught in a web of contradictions, and they were okay with that.

Add to this the fact that Sonny Boy writes under the general rubric of historias verdaderas y mentiras auténticas–true stories and authentic lies. At the same time, he is evolving a new genre he calls "science friction" as a means of revealing unspeakable truths about science. Sonny Boy has found this the most effective manner to convey his stories about the distinct cultural phenomenon we call Chicanismo. 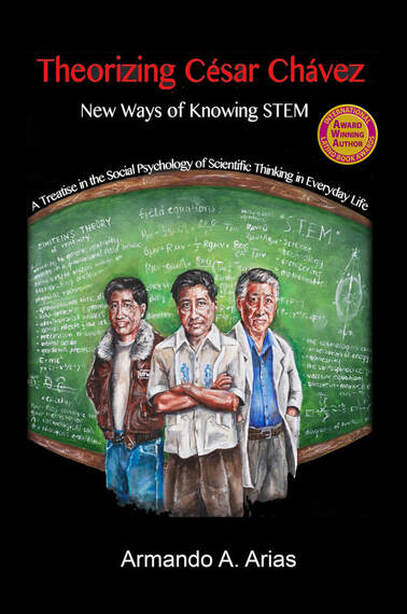