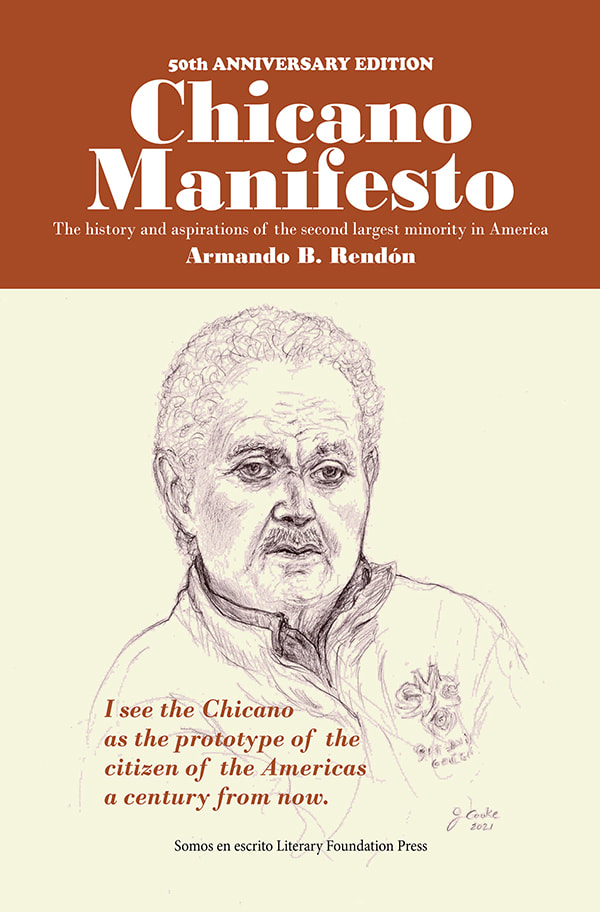 Chicano Manifesto, the seminal book on Chicanismo and the Chicano Movement, is now available in a 50th Anniversary Edition. By coincidence, Armando Rendón, the author, is also the publisher as CEO and Executive Director of the Somos en escrito Literary Foundation Press, the publishing house Rendón launched in 2016.

“I never could have envisioned that I’d be around to see a reprint of Manifesto a half century after it first came out but I’m not complaining. My intent is that new generations of Mexican Americans join with the elder Chicanas and Chicanos to face the next 50 years with a plan, with commitment to preserving and enhancing la cultura Chicana.”